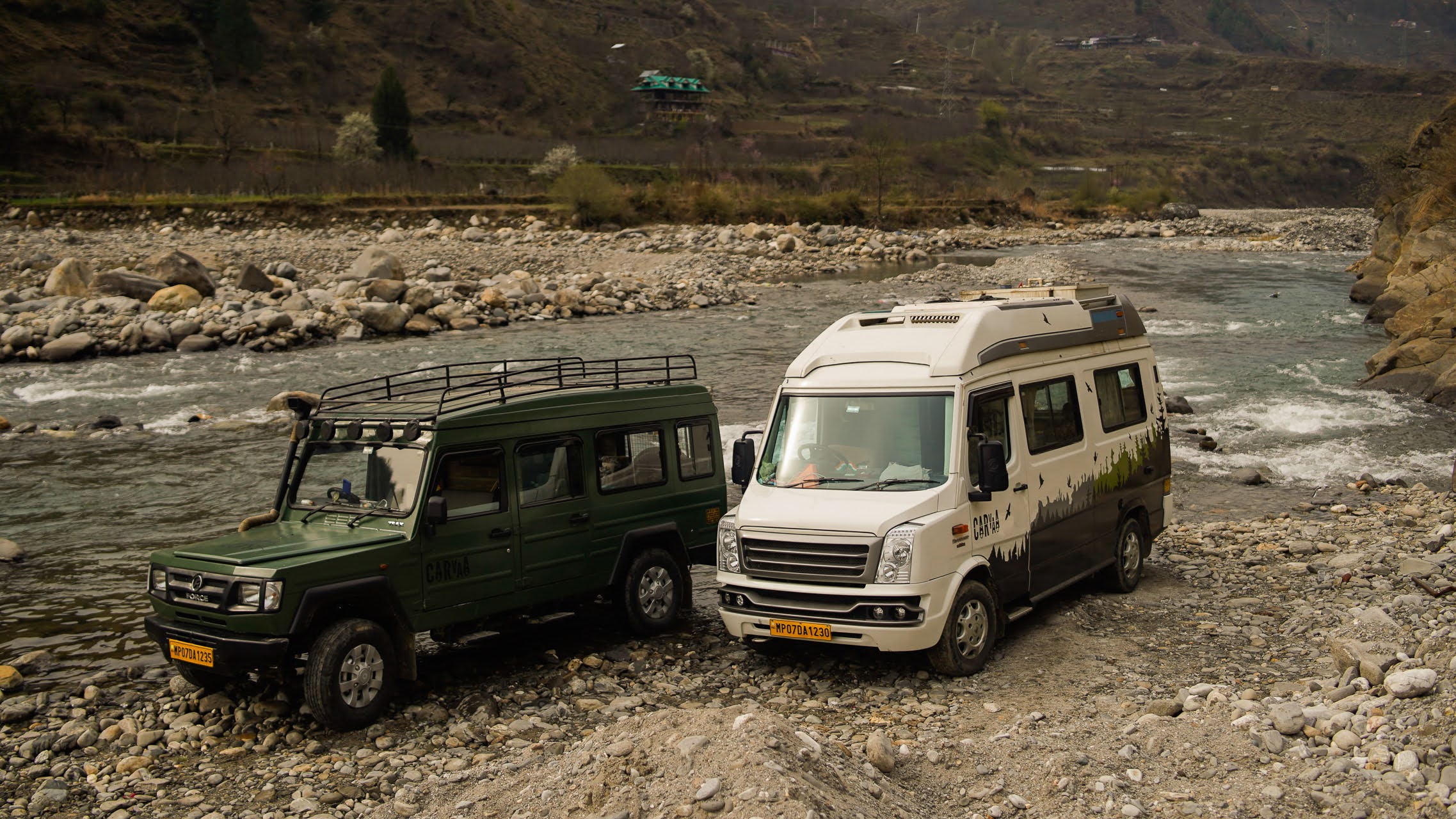 Distance from Delhi to Rishikesh: 270 kms

Rishikesh, also known as the ‘Yoga Capital of the World’ is one of the holiest pilgrimage spots for Hindus in Northern India. The place gets its reputation because of countless stories of sages and sadhus who used to visit the holy site hundreds of years ago, in search of attaining higher knowledge. Apart from being known for the religious value it holds, the ‘Gateway to Himalayas’ has over the years been known to be a hot spot for adrenaline junkies as well. With activities like white water river rafting, hiking, trekking and rock climbing, travelers get the both of both worlds in this tucked away paradise in Uttarakhand.

An iron suspension bridge that was built over the Ganga river, the Lakhsman Jhula is nothing short of a feat of engineering. The 450-foot bridge that connects Pauri district with Tehri district holds significant religious reverence too. Legend has it that Lord Ram’s younger brother, Lakshman, crossed the river on a jute rope. Much later, a bridge was built entirely out of jute rope, which was then ultimately renewed and reinforced in 1930.

Very reminiscent of Varanasi, since the Ganga is a common factor, the aarti on the banks of the Ganges is a serene and holy experience to partake in. One of the prime spots in Rishikesh to see the aarti processions is at Parmarth Niketan. The aarti which takes place daily between 6pm and 7pm is conducted by the priests of the temple. They are also usually accompanied by children who are finding their way around the holy scriptures. Just listening to the chants and hymns of the pujas, while enjoying the sunset on the banks of the river is a pleasant way to end your day.

The Beatles Ashram also known as the Maharishi Mahesh Yogi Ashram is one that was visited by one of the OG boy-bands in the world in 1968 - The Beatles. The Maharishi who was already a very well known guru for his methods of transcendental meditation, was approached by the band in hopes of learning some of those techniques. The band visited after interacting with the Maharishi in London, headed to India where they stayed for an extended period of time. This time was considered to be very productive for the band, as they ended up composing over 50 songs during the duration of their stay. Their visit to the Ashram also grabbed a lot of national as well as international eyeballs and threw the spotlight on the mental techniques that were taught at the ashram. One can find endless paintings, motifs, and other murals adorning the walls of the ashram.

Located 16kms from Rishikesh, Shivpuri is a hot spot for those looking to get a taste of the white water rapids that courses through the mountains. The 16km stretch of white waters is sure to test anyone’s appetite for adrenalin, while you course through the raging rapids with a group of people or friends with guides who ensure your safety at all times. While rafting might not be the choice of activity for everyone, the spot offers other activities such as kayaking, trekking, mountain climbing and rappelling for those looking for alternatives.

Best of Delhi to Rishikesh (Uttarakhand)