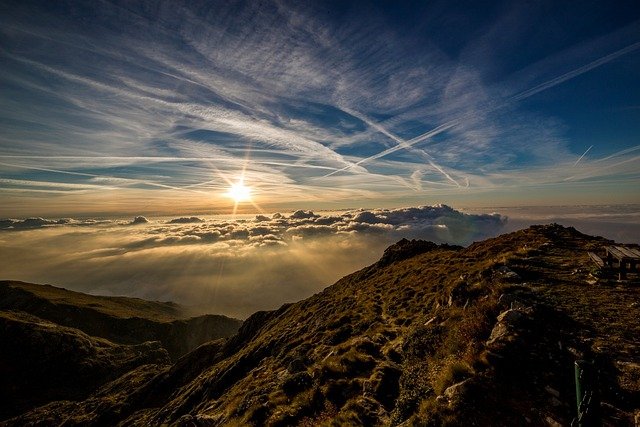 Nestled in the lush green hills of the North East, Gangtok, the capital city of Sikkim is the state’s tourist hub as well as home to the mighty Kanchenjunga mountain. The city which takes up a massive mountain face, has a wide range of attractions to offer those who want to tread snaking road ways on hilly mountain ranges while enjoying a chilly all-round weather - and some snow if you’re lucky.

Here are some of the must-see attractions in and around the city:

Tsomgo Lake also known as Changgu Lake is a glacial lake which is located around 40kms from the city of Gangtok. The lake which is surrounded by mountains on all sides has been revered as a holy spot by Buddhist monks for years now. The lake is frozen during peak winters, but during summers, one can see the landscape perfectly reflected in the still waters of the water body. There’s a small temple of Lord Shiva on the banks of the lake, along with yaks for people to ride.

Located 70kms from Gangtok’s city centre, Samdruptse Hill is known for the towering statue of Lord Padmasambhava. The 45m tall statue is located on a hill with an altitude of 7000ft. Lord Padmasambhava is considered Sikkim’s watchful guardian saint and has been worshipped for over a 1,000 years. Completely adorned in a gold coating, on a clear sunny day, the glint of the statue can be seen for miles on end. There is another temple for Lord Shiva on the premises as well as several treks that trail off into the nearby woods for those who want to explore the surrounding wilderness a bit more.

Nathu la pass, located high among the mountain ranges, is home to the international border between India and China. Guarded by massive gates, the area is surrounded by army bunkers and canteens with the troops deployed at the spot. The border is located 55 kms from Gangtok and the road to Nathu la happens to be one of the highest motorable roads in the world. The drive to get there offers wide open landscapes of snow-capped mountains and deep valleys. It is also only advisable to visit here during the summers as temperatures can drop as low as -25 degrees during the winters.

Yumthang Valley is easily one of the biggest attractions in Sikkim. Located in North Sikkim, 135 kms from Gangtok, the valley is famous for its long stretch of land where no trees grow, and a wide field of flowers bloom all over during the summer season. The valley which runs between two massive mountain ranges, has the Teesta river flowing through the middle and lets visitors aimlessly amble around through the vistas. While it is accessible by road, it is advisable to visit the valley only during the summers as the flowers are in full bloom and the weather conditions during peak winters and rainy seasons are not favorable to travel by road.

Khecheopalri Lake, situated 150kms from Gangtok is a pilgrimage site for both Hindus and Buddhists. The pristine lake which is completely adorned with prayer flags holds utmost reverence for the locals. The water is considered to have magical properties and is rumored to make all your wishes come true if you sprinkle it on yourself. Another fascinating myth surrounding the lake is that although being surrounded by trees and greenery on all sides, at no point will there be any leaves on the surface of the water. Visitors have to embark on a short trek through a dense jungle to get to the base of the lake. If you’re lucky, you might even chance upon a religious procession taking place, where women and monks hike to the lake to offer their prayers and carry out their ceremonies.

Best of Bagdogra to Gangtok