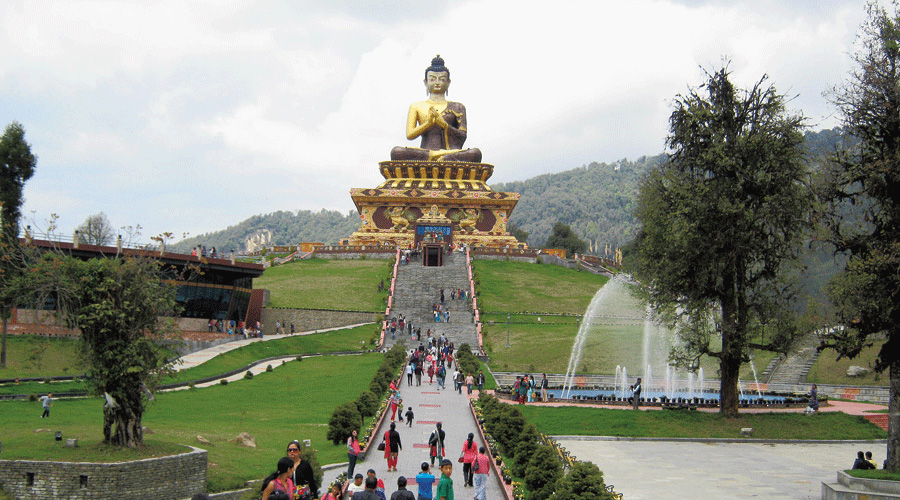 Things to do and see in Agra:

Visit Baby Taj: The mausoleum is often described as a jewel box or the baby Taj and it is said the structure was used as a draft complex for the Taj Mahal. You can see some similarities including the symmetry, towers and long pool leading up to the tomb.

Support Acid attack survivors at Sheroes: Sheroes Cafe is run by acid attack survivors as part of the #StopAcidAttacks movement. The food is awesome and you will be supporting an amazing cause and a courageous group of women. They serve western style food and local dishes. I had a vege-burger, fries, and a mango smoothie.

Relish the sweet Peetha: Made from pumpkin, Peetha looks like a normal gelatin-type sweet and tastes like Turkish delight. Petha comes in so many different flavors and they were all very really tasty.

Akbar’s tomb: Like all of the structures in Agra, the tomb has incredibly impressive carving on the face of every wall. Towers mark the corner of the tomb and inside is a false tomb although the real tomb is in the basement.

Lucknow, the capital of Uttar Pradesh was historically known as the Awadh region. Fondly known as the ‘City of Nawabs’ or the ‘City of Tehzeeb’, it has always been a city filled with varied cultures. Lucknow city has to offer a unique feature to its travelers, which is a perfect combination of its rich traditions and the modern growth of new-mannerisms.

Things to do and see in Lucknow:

Rumi Darwaza: The Rumi Darwaza of Lucknow is one of the most impressive structures in all of India. It was built in the year 1784 by Nawab Asaf-ud-daula, under the ‘Food for Work’ program he initiated to help the city’s population get through a brutal famine.

Chill at Hazratganj: There is always that one favourite place to chill and relax and ‘Ganj’ as it is locally called offers just that. Hazratganj is a renowned attraction, located in the city’s central area. Ganj is intact with a number of coffee shops and fine dining restaurants.

Savour Tunday Kebab at Aminabad: Aminabad holds a reputation for being the oldest market in Lucknow, ever since the reign of Nawabs of Awadh. The market is often blurred with a hefty crowd but one thing you got to know, Aminabad solves all your purposes.

Sprawling along the banks of River Ganga, Patna is a city steeped in culture, tradition and a rich heritage. Its architectural wonders, religious sites and Buddhist connection attract thousands of visitors and are reason enough for you to set out on a trip to the capital of Bihar.

Things to do and see in Patna:

Gandhi Maidan: A popular historical spot, the park is home to the tallest statue of Mahatma Gandhi in the world, rising up to nearly 70 feet and made in bronze.

Buddha Smriti Park: The Buddha Smriti Park was inaugurated by the 14th Dalai Lama and is a huge draw for tourists visiting Patna. Spread over a large expanse of land, this park is home to a sandblasted charcoal stupa called Patliputra Karuna Stupa.

Situated on the banks of the river Mahananda, Siliguri is a tiny hill station nestled in between the Himalayan foothills and the Doar region of West Bengal. Also known as the Gateway to North East India, Siliguri serves mainly as a base for tourists to camp in before moving out to explore nearby tourist attractions such as Sikkim, Darjeeling and Gangtok. However, Siliguri itself is a perfectly good holiday destination, with sufficient things to see and do.

Things to do and see in Siliguri:

Jungle Safari at Chilapata Forest: Separated by the river Torsha, Chilapata Forest is an extension of Jaldapara Forest. The wildlife of the jungle is a major crowd puller and its jeep safari is one of the best things to do in Siliguri.

Shopping at Hong Kong market: Hong Kong Market is a famous bazaar, which is strategically located at Hakim Para in Siliguri. It is one of the top markets that offer international brands along with foreign apparels and accessories.

Things to do and see in Siliguri:

Visit the national parks: A scenic amalgamation of plains, valleys, lakes, glaciers, snow-capped mountains, ancient forests, and more, the national parks and wildlife sanctuaries of Sikkim are some of the finest in the country. Kewzing and Khangchendzonga are two outstanding national parks in Sikkim.

Go Paragliding: Behold the surreal beauty of this enchanting land as you glide at an altitude of 2,200 meters over snow-capped hills, lofty mountains, green pastures, and remote fields for about 20-30 minutes.

Rafting at Teesta: Meandering through the beautiful landscapes of Sikkim, Teesta is the lifeline of the state, and one of the best spots in Sikkim to try adventure sports like rafting. The great rapids of this ferociously gushing river can be tamed only by the most experienced and crazy of rafters.


Drive over Silk Route to Nathula Pass: When talking about what to do in Sikkim that’s both adventurous as well as scenic, one can’t miss out on the ancient Silk Route that leads to the phenomenal Nathula Pass, a prominent icon representing the Indo-China border at an elevation of 14,140 ft above sea level. It’s also one of the highest passes in the world.

Best of Delhi To Sikkim